1.1 The name of the Club shall be called the Tai Po Lawn Bowls Club（大埔草地滾球會）.

2.1 The home green of the Club shall be at Tai Po Waterfront Park.

3.1 To organize lawn bowl training and practices to members of the Club.
3.2 To form teams and participate in lawn bowl competitions, games and other similar activities.

4.1 Anybody who is interested in lawn bowl activity and is willing to abide by the Constitution of the Club can become a member of the Club.
4.2 Application for membership must be made in writing to the Convenor of the Club.
4.3 Nobody shall become a member of the Club unless his application is approved by the Executive Committee (EXCO) members present when the application is being considered.
4.4 Termination of membership of a member shall be raised and approved by the Executive Committee and adopted by the Annual General Meeting (AGM).

5.1 All members of the Club shall participate in and vote at AGM of the Club, nominate and be nominated for election in Club Elections and be eligible for holding an official position in the Executive Committee.
5.2 All members shall enjoy the benefits as set forth in Article 3 ‘OBJECTIVES’ of this Constitution.

6.1 There shall be an annual subscription that is decided by AGM for each member which must be paid to the Honorary Treasurer not later than the last day of April every year. This membership fee may be adjusted by a majority vote of members at any AGM.
6.2 The financial year of the Club shall be from 1st April to end of March each year.

7.1 The supreme authority of the Club shall be vested in the Annual General Meeting (AGM), during the recess of which the Executive Committee (EXCO) shall be the executive organ.

7.3 All the Executive Committee members of the Club shall serve gratis. Their term of office shall be 2 years and they can stand for biennial re-elections in consecutive terms.

7.4 The functions and powers of the Annual General Meeting are set out below:

7.4.1 To pass amendments to the Constitution of the Club.
7.4.2 To elect Executive Committee members.
7.4.3 To consider and adopt the financial reports of the Club.

7.5 The functions and powers of the Executive Committee are:

7.6 The functions and powers of the Executive Committee Members are set out below:

9.1 The Convenor shall call for nominations of new members for the new Executive Committee from all members at least one month before the Annual General Meeting at which the election will be held. Nominations shall be made in writing to the Secretary not less than seven days prior to the meeting, and, if not a self-nomination, be accompanied by the nominees’ assent to nomination. In the event of insufficient nominations received before the time limit, the retiring person shall be eligible for election to their respective posts.

9.2 Despite the provision in Article 9.1, the nomination in writing may not be absolutely required as in circumstances where there is no nomination or there is insufficient nomination. Under these circumstances, nominations of new members by words of mouth and voting by hand during the AGM are considered valid alternative method of nomination.

9.3 The inauguration of the new Executive Committee shall take place not later than the last day of April.

Article 10. USE OF FUNDS

10.1 Funds of the Club shall be applied solely to meet its recurrent expenditure and for the activities set forth in Article 3 “OBJECTIVES” of this Constitution and shall not be used for any other purposes.

11.1 Any debts of the Club shall be borne in equal shares by all Club Members of the term in which debts are incurred.

11.2 The Honorary Treasurer has the duty of informing the Convenor and the Executive Committee of any debt or liabilities owed by the Club. In all circumstances, payments of any debt or outstanding payments owed should not be delayed until such a time when interest is incurred on late payments.

12.1 In case of the Club should be dissolved, it shall be approved by the Annual or Extraordinary General Meeting and assented by over half of all members of the Club. Any remaining assets of the Club upon its dissolution shall be donated to local charitable organizations.

13.1 Any amendment to this Constitution shall be passed by the Annual General or Extraordinary General Meeting. 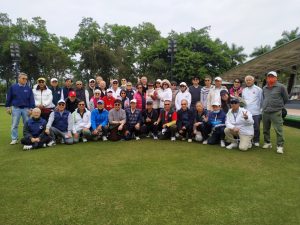